(CNN) -- The chairman of one of India's fastest-growing banks, the sister of a Bollywood actor, a Times of India journalist and the chief of India's Anti-Terrorism Squad were among Indians killed in the four-day terrorist siege in Mumbai.
National Security Guard troops salute slain commando Gajendra Singh on Saturday in New Delhi, India.

Eighteen foreigners, including five Americans, were killed in attacks on nine sites Wednesday through Saturday in India's commercial capital; at least 165 Indians died.

He had gone there to have dinner with his wife and some friends, who escaped the carnage, the Indian newspaper Business Standard reported.

His body was found not in the restaurant but on the hotel's 19th floor, a bank spokesperson told the paper.

Kapur was one of the founders of the bank and held a 12 percent stake in it, Business Standard said.

His long banking career included ventures in Singapore and the Netherlands, and he was an adviser to India's wealthy Tata family, the paper reported.

The actor waited outside the hotel for word of his sister, who he said had stopped answering phone calls after the siege began.

Chowdhury has appeared in numerous Indian films. He had a small role in the U.S. film "Fight Club," starring Brad Pitt.

The body of Sabina Sehgal Saikia, a Times of India consulting editor and food critic, was recovered Saturday from the Taj hotel, CNN-IBN reported.

As the terrorists were seizing control of the hotel, Saikia had sent a text message to hotel employees saying, ''They are in my bathroom,'' CNN-IBN said. She was not heard from again.

Hotel staff were also among the many dead.

Boris Rego, a management trainee at the Taj Mahal hotel, was killed Thursday, his brother told CNN-IBN. Kevin Rego said his 25-year-old brother was working in the hotel's restaurant when gunmen barged in and opened fire.

Boris Rego made several phone calls to his family in Goa, the last one coming in about 2:30 p.m. Thursday, Kevin Rego told CNN-IBN.

"There was commotion in the background. Ahh he said was 'Daddy ... Kevin ... Kevin.' Then his voice trailed off, and there was silence," Kevin Rego said.

The chairman of the company that owns the Taj told said the hotel's general manager lost his family in a fire the broke out in the hotel Wednesday night.

"I went up to him today, and he said, 'Sir, we are going to beat this. We are going to build this Taj back into what it was,' " Tata Group Chairman Ratan Tata told CNN's Fareed Zakaria.

The bodies of Karambir Kang's wife and two children of were burned beyond recognition in the fire, The Times of India reported, citing hotel sources, but it was unclear whether they were killed in the blaze.

Thousands turned out Saturday in Mumbai for the funeral of Hemant Karkare, chief of Maharashtra state's Anti-Terrorism Squad, who was shot to death Wednesday as the siege unfolded. He was one of at least 17 police officers who died in the attacks.

Karkare's cremation was delayed while his two daughters made their way home from the United States and England, The Times of India reported.

A military funeral was held Saturday in Bangalore for Maj. Sandeep Unnikrishnan, a National Security Guard commando who was killed at the Taj hotel, The Times of India reported.

The body of another Security Guard officer, Gajendra Singh, was taken to New Delhi before being transported for last rights in his native Dehradun, The Times reported. He was killed at Mumbai's Chabad House, a Jewish community center where American-born rabbi Gavriel Noach Holtzberg and his Israeli wife, Rivka, were killed along with another American rabbi, Leibish Teitelbaum.

IBN listed the other slain police officers as: The dastardly terror attacks that took place in Mumbai last night and today leading to the loss of many precious lives and injuries to many others have deeply shocked the nation. I strongly condemn these acts of senseless violence against innocent people, including guests from foreign countries. I offer my deepest condolences to the bereaved families and sympathies to those injured. The government will take all necessary measures to look after the wellbeing of the affected families, including medical treatment of injured.

The well-planned and well-orchestrated attacks, probably with external linkages, were intended to create a sense of panic, by choosing high profile targets and indiscriminately killing foreigners.

I salute the courage and patriotism of the police officers, including the Chief of the Anti-Terror Squad, Shri Hemant Karkare [Images] and men who have laid down their lives in fighting these terrorists. I assure the country that we will attend in an urgent and serious manner to police reform so that the law and order authorities can work unitedly, effectively and in a determined manner to tackle such threats to national integrity.

We are not prepared to countenance a situation in which the safety and security of our citizens can be violated with impunity by terrorists. It is evident that the group which carried out these attacks, based outside the country, had come with single-minded determination to create havoc in the commercial capital of the country.

We will take the strongest possible measures to ensure that there is no repetition of such terrorist acts. We are determined to take whatever measures are necessary to ensure the safety and security of our citizens.

Instruments like the National Security Act will be employed to deal with situations of this kind. Existing laws will be tightened to ensure that there are no loopholes available to terrorists to escape the clutches of the law. Most importantly, it is essential to immediately set up a Federal Investigation Agency to go into terrorist crimes of this kind and ensure that the guilty are brought to book.

We will take up strongly with our neighbours that the use of their territory for launching attacks on us will not be tolerated, and that there would be a cost if suitable measures are not taken by them. We will take a number of measures to strengthen the hands of our police and intelligence authorities. We will curb the flow of funds to suspect organizations. We will restrict the entry of suspects into the country. We will go after these individuals and organizations and make sure that every perpetrator, organizer and supporter of terror, whatever his affiliation or religion may be, pays a heavy price for these cowardly and horrific acts against our people.

In this hour of tragedy, I appeal to the people to maintain peace and harmony so that the enemies of our country do not succeed in their nefarious designs. All concerned authorities are on alert and will deal sternly with any attempts to disturb public order.

I am confident that the people of India will rise unitedly to face this grave challenge to the nation's security and integrity.

Jai Hind!
Posted by Jenith at 4:09 AM No comments: 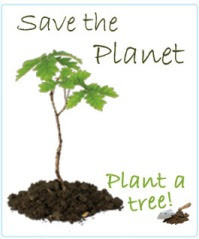